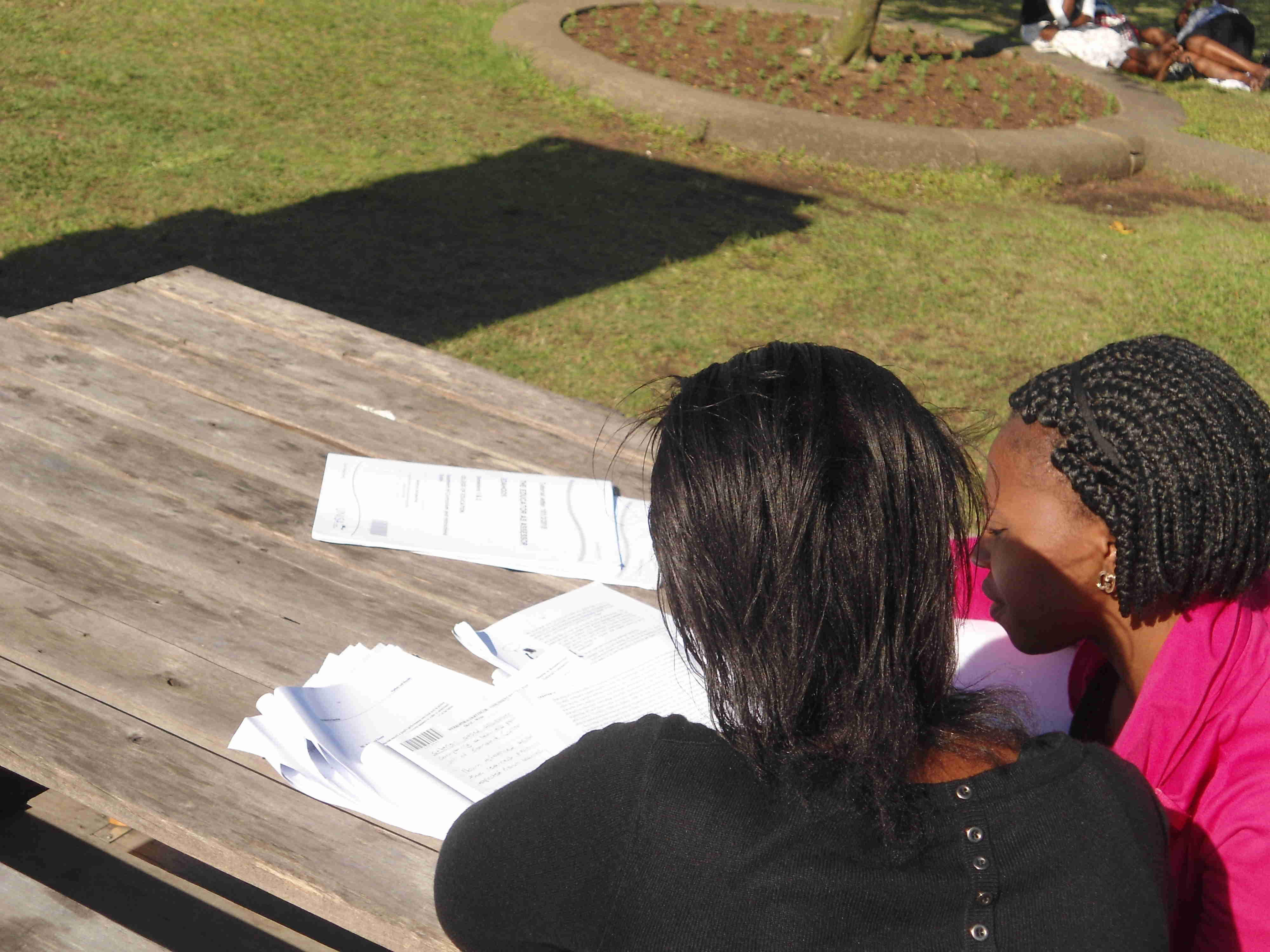 The two young women were busy studying for “teacher as an assessor”. Actually they were to write the exam the next day. Sitting in front of us at the same table in the Workshop park, three teenage girls had finally left. They had been giggling all the time, all glued together on the same smartphone screen, their Math books lying idle on the wooden table.

Whereas, as I could see, Smangile and Umphile were studying really hard. Smangile did agree to draw something for me. And suggested I colour this flower myself. Which I did. 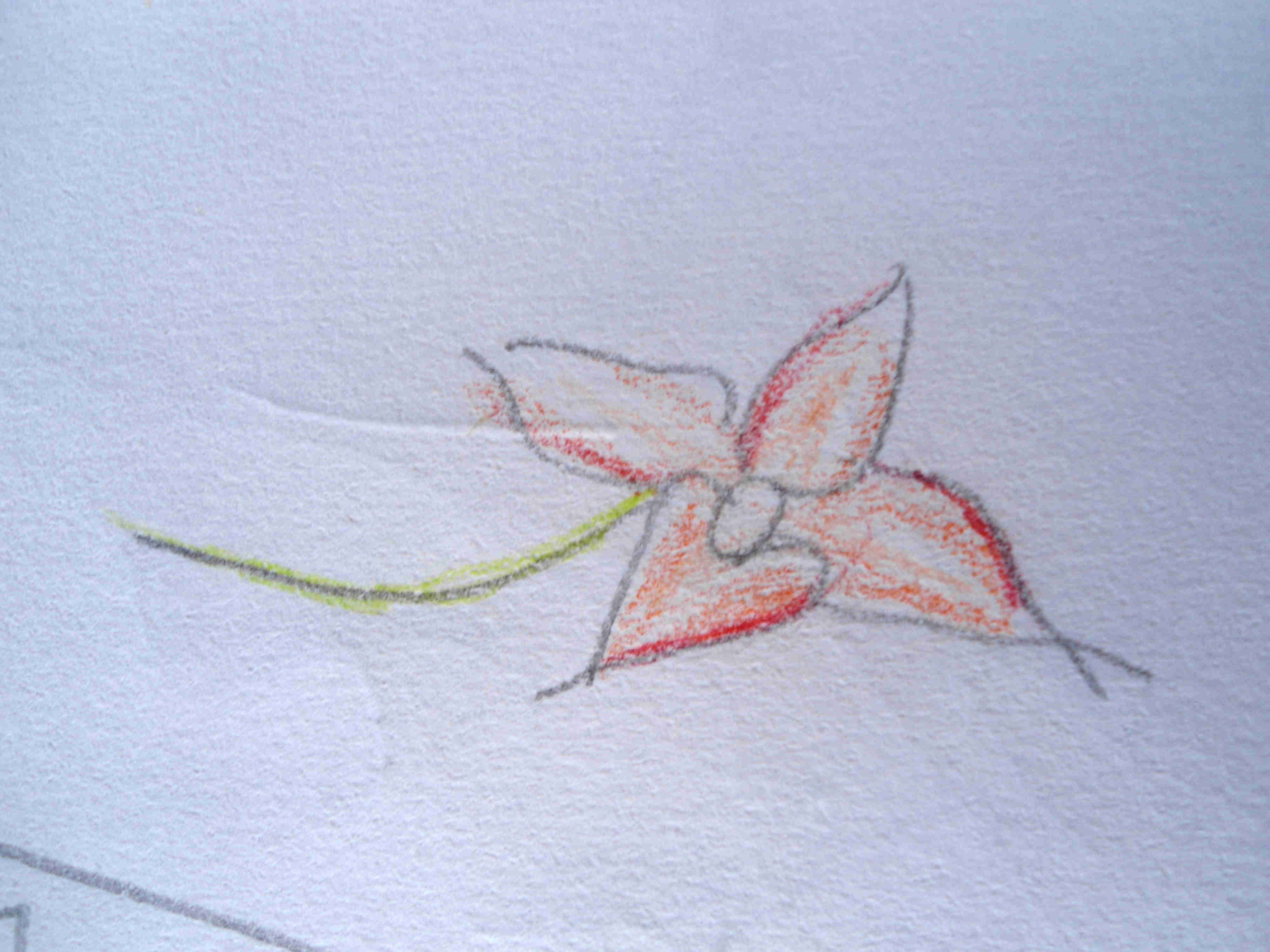 They would talk later, now was time to work hard. Pressure, pressure… Yet that was not a sad study, since it involved quite a lot of laughing. After ticking every major box, they would shout a : “DONE” at each other and clap a resounding high five.

I had a walk and came back a little later. The session was finished and they were about to head home.

While we are already walking away together, the question comes of the languages they speak.

That was a beautiful afternoon in Durban, South Africa. Now I had to find the Innanda taxi rank and head off to the hostel. We parted. I wished them the best of luck for the next day.