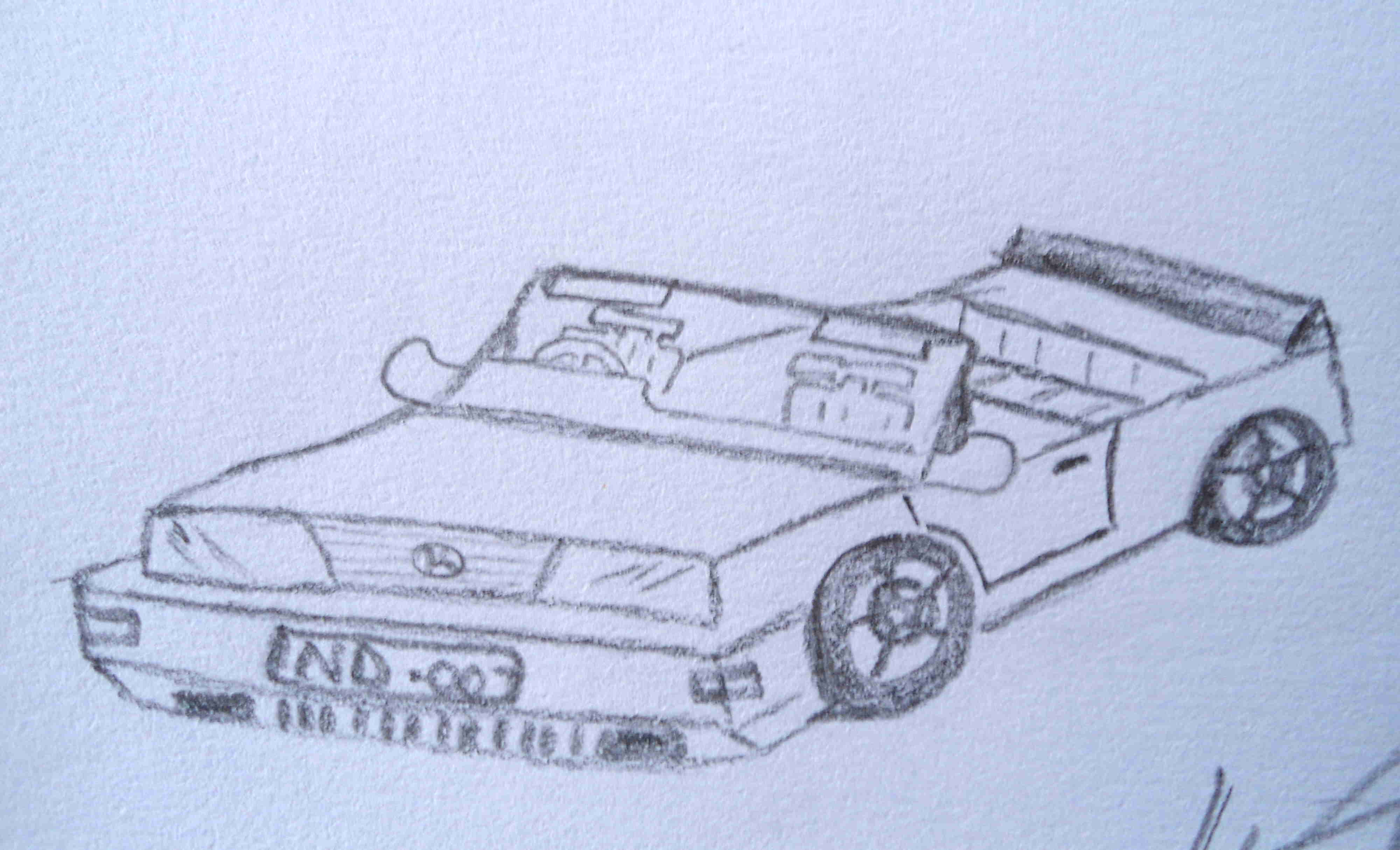 I had given him some change a little time ago on the same day. So, when I passed in front of the Workshop mall again, wandering around like a multiheaded chicken, Kyle greeted me. He looked both rough and friendly, skin tanned and thick-looking. We started to chat. And I asked him if he could draw something for me. Alright he said, and he offered to sit on a bench. What should I draw? Anything really, what you want. And he drew that very nice car for me. While doodling, he explained that he lived with his daughter in a shelter. Actually, with his daughter and the youngest of his three sisters. He asks me whether I know what a shelter is. I say yes, to get out of discomfort, but the truth is I do not really. I only imagine a shack with wooden panes and a tin roof. Or did he mean a community shelter, like a social refuge with a lot of tiny rooms ?

That is when another guy came, stood there in front of us. He also had his hair short (a chiskop), his long white vest was tainted with dirt and blood, his skull is wounded. Standing firm and on the verge of shivering, he was holding a sjambok in his left hand – a sjambok is a kind of leather whip. He started to shout at Kyle, demanding that he stood too and followed him. “You told them, you told them.”. After a minute or two, he left. I guess, due to my presence.

Kyle explained: “You see, if you steal from people, you get what you deserve. You shouldn’t steal from people.”. Apparently, the guy was helping out at some cellphone shop and took advantage of the situation to steal from them. They found him. And gave him a beating. Now he was carrying this sjambok around, to defend himself.

Kyle asks me if I speak Afrikaans. I’m trying, I say.

That is the main language, where he comes from, in the Northern Cape province. It’s a very dry and rough place there. Not much work. But it’s home, though.

We part. Thank you Kyle. Now I finally have a car!  It isn’t painted yet. What would be the best colour? Red?

0 comments on “here is a car for you”Add yours →